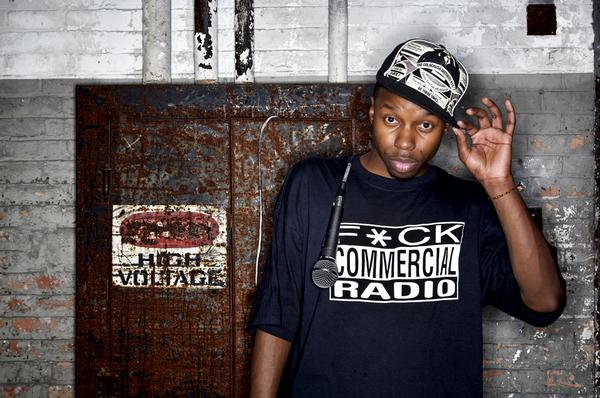 Both “Pure” and “Theres Only One” are so great records that I cant even decide which one I like more. Many artists have failed to live up to expectations after a successful debut album. You have, however, succeeded in this field. What is your recipe for success?
I dont know, I guess just love for the art form. I take this seriously and I want to get better every day. Also, I know most peoples second album doesnt live up to the first so I wanted to dispel that myth.

Is “Beat The Speakers Up” based on your own experience? How much airplay did it receive in both Detroit and American radio stations?
It is somewhat based on my own experience. I get a little love from a small section of Detroit DJs on the radio, my man DDT looks out. But for the most part I dont get a lot of love on mainstream radio. But it’s partly my fault because I dont really go all out to get my stuff played by them. If they dont want to play [my stuff], Ill find someone who does.

Do you prefer writing stories based on reality or using your imagination?
Ummm, I like doing both, but I think imagination is more fun. A lot of times people think everything a rapper says is true, and they take it literally. So I try to write stories that sound real to test my ability.

Do you think that there is a natural compromise between reality and fiction in writing? Or should rappers concentrate on one of these to maintain their artistic integrity?
Rap is art just like everything else. For some reason rap gets judged differently from other forms of music because were always saying “keep it real” and “stay true” and stuff, but I think rappers should be free to use fiction as much as a country singer singing about a man who kills his wife.

What do you think about the fact that your fans call you Talib Kweli of Detroit?
Ive never heard that! Haha! It’s cool, I guess, because I respect Kwelis work, but Im the Buff1 of Detroit, the Buff1 of the world, haha!

Can the current sound of Detroit, which is mostly defined by Black Milk, compare to the old Detroit sound reigned by Jay Dee?
Yes, it’s very comparable. And I dont think the Jay Dee sound is old. It’s still very relevant. Black Milk would tell you that he was influenced by Jay Dee and Jay Dee sound is still ahead of its time even though he passed 3 years ago.

I wouldnt expect independent Detroit rapper to like Lil Wayne a lot. Which other rappers are your favorites and is someone a role model for you?
I used to like Lil Wayne a lot more, around the Carter II and the Dedication Mixtape. Hes still alright though. But some artists that I was influenced by when I first started were Outkast, Nas, Common, The Roots, Ice Cube, Biggie, Goodie Mob, Hieroglyphics, just to name a few.

What projects are you currently working on?
Im close to being done with my Crown Royale album with DJ Rhettmatic of the World Famous Beat Junkies.

A lot of your tracks were produced by The Lab Techs. What is your relationship with them?
Theyre my brothers. Were all a part of the Athletic Mic League.

Is working with them any different than working with other producers?
Not really, believe it or not, the only difference is I like their beats a lot more than other peoples beats. For the most part though, no matter who it is, I just pick beats I like. They only create things specifically for me about 10% of the time. That’s going to change in the future though, haha!

What is the current situation of Athletic Mic League? Can we expect any group release?
Were about to start working on a new AML album very very very soon. Get ready!

Its been 10 years since the first record of AML was released. In such a long time in the game, you must have learned a lot. How would you summarize those 10 years in one sentence?
Woooo!!!! Good question. This past 10 years would have caused a lot of rappers to quit, but were still at it and loving every minute of it!