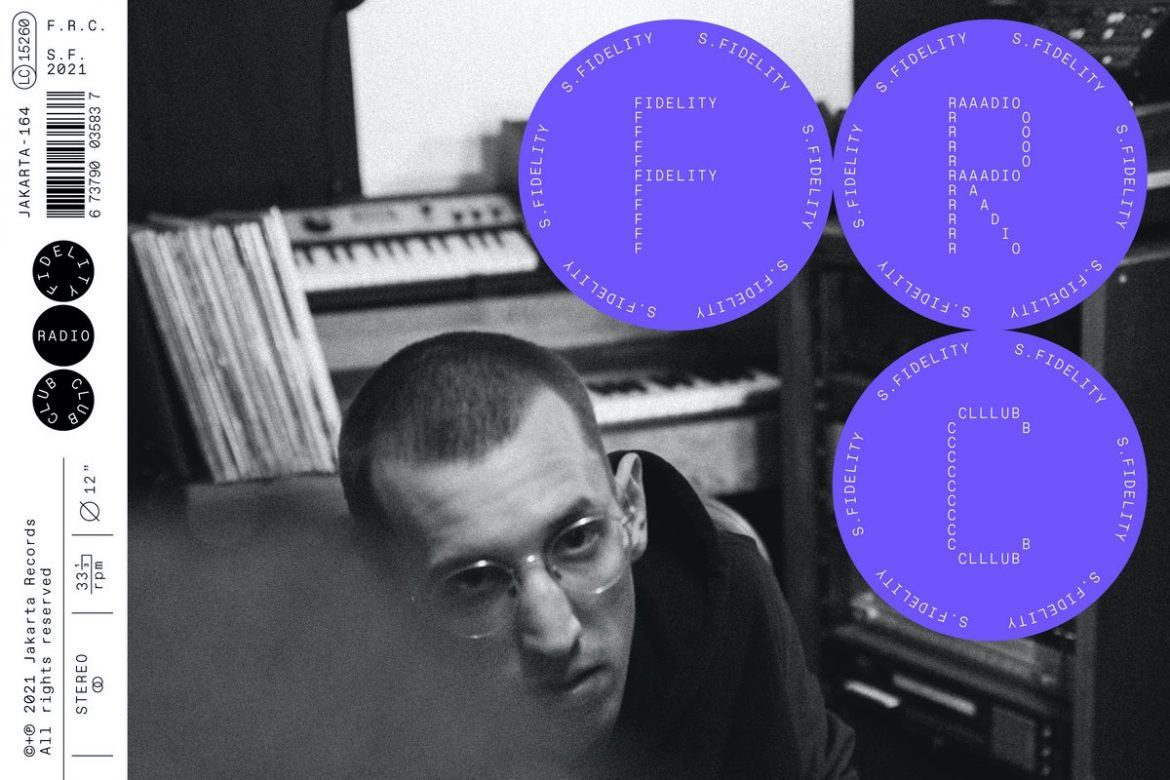 Four years after his Jakarta Records debut “A Safe Place to Be Naked” S. Fidelity has matured as a producer and as an artist: working and recording in London, Los Angeles, Paris and Johannesburg while building up his Manolo Purple Studios in Berlin with longtime collaborator, label mate and soul brother Bluestaeb.

In 2021 S. Fidelity finally returns to the main program with his brand new solo album “Fidelity Radio Club” shaped in form of a genre crossing radio show exploring HipHop, R&B, Jazz, House and Funk in all their depths, creating the multi-layered album he always dreamt to do as he orchestrates a stoking line-up of equally talented friends and fellows like Bluestaeb, Melodiesinfonie, Suff Daddy, K, Le Maestro, Àbáse and many more while still delivering that very personal note every classic producer album needs and comes with. Or as the artist himself would put it: “17 different artists, producers and instrumentalists from all over the world helped me to bring this vision to life.”

According to that the album’s 1st single features Singer NDO from Florida, giving life to the hard-hitting R&B gem “Mixed Signals” where warm Neo Soul harmonies meet with classic R&B vibes of early 2000. The 2nd single comes as a double single featuring pianist, producer and main protagonist of Berlin’s prog-jazz scene Àbáse on “Me At The Zoo” (reminding its listeners of London’s new wave of jazz around Kamaal Williams or Yussef Dayes) on one side and the energetic, funk influenced disco tune “Something Good” on the other side.

The 3rd and final single “Love International Inc.” then comes with a bumpy up tempo drum beat, which develops into an energetic and jazzy lo-fi house/deep house loop, featuring none other than Zürich’s finest Melodiesinfonie as well as Paris-based Bluestaeb, marking this supergroup’s 2nd appearance and giving a glimpse of what’s yet to come.

Each of the album’s single cuts comes with a visual treatment by HipHop’s favorite photographer Robert Winter and his team (The Ottos), matching sound and artwork accordingly while the record’s amazing and unique artwork comes from the Swiss-based creative studio HOMI. The record itself contains a sticker sheet with customized S. Fidelity and “Fidelity Radio Club” stickers as well.

The whole album campaign is further accompanied by the Fidelity Radio Show hosted by S. Fidelity himself, sitting down with his featured guests talking about the music they love and they draw inspiration from – broadcasted via S. Fidelity’s own Youtube channel releasing its episodes in between the album’s single drops.