DARU JONES: I am a positive example in this dying music business 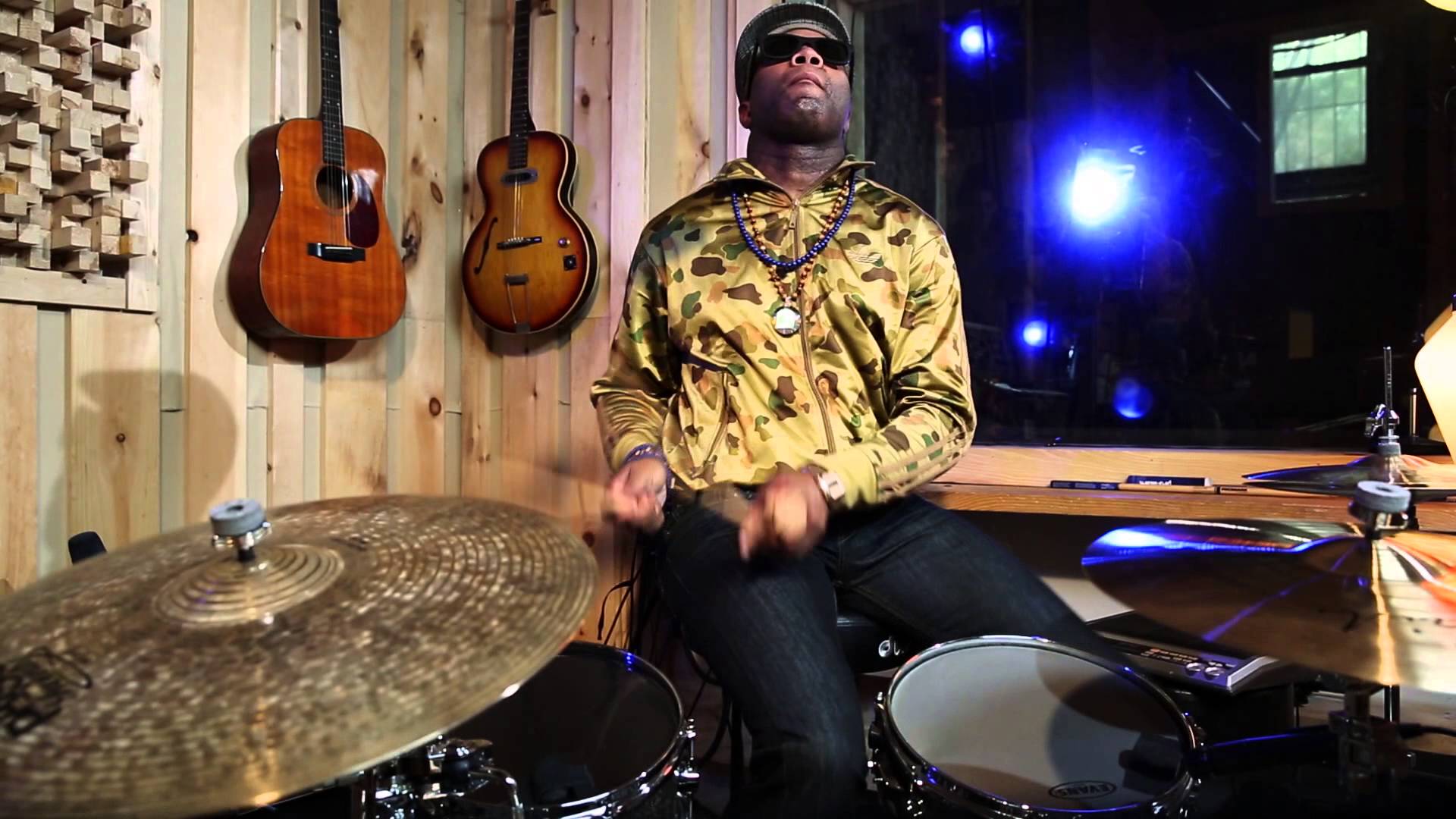 As a drummer, you have already performed with Slum Village, Talib Kweli or Q-Tip, but as a producer, youre now experiencing your first success. Do you still feel more like a drummer than a producer? If I ask people where they know Daru Jones from, what do you think theyd answer?
No. I feel like Im a drummer and producer equally cause when im drumming, Im producing. And as far as where people know me from, I think it would be drumming for sure.

Your album with AB “A Work in Progress” can be downloaded for free. Why
did you decide not to sell it? Was is supposed to be only a speak peak for a
bigger project?
Basically, it got leaked. Since it was leaked, we decided to let those who
couldnt afford it (due the economy) and whatnot to just download it. But if
you want to support artists like me and AB, you can purchase it from itunes because its officially out on a label (Innate sounds/Believe digital). Its not so much a sneak peek, but a prelude of what the future will bring.

Can you reveal some info about the album youre preparing with your sisterDaru? Can we expect some interesting guest appearances as on “A Work in Progress”?
For the album with my sister, Rena, its an evolution of the outtakes and
bootlegs joint but in a more live and organic light. Guest appearances? YEP!

Who was the one to get the idea about “Producers Luv Tribute”?
The concept was based upon some of my favorite producers and icons and how it would sound if they produced a Rena record and it was also a way to get the people ready for the LUV EP.

Do you prefer to work with only one rapper or singer at a time rather
than more people?
Nah, it doesnt matter, as long i enjoy working with them.

Are you planning to make your own producer album in the future? Who would you invite?
Its been done already and Im working on volume three right now, as well
as “Spirit & SoulHop sampler 09” avail in the fall which is a continuation
of the 07 and 08 sampler which was hosted by Marc Mac of 4Hero; which
features international and undiscovered  on Rusic produced music.The guests? NOW, thats a surprise!

How many volumes of the instrumental albums “Spirit Drumz” will get
released? Can you imagine putting out 20 volumes in the next lets say 5 years?
Just parts 1 & 2. Part 1 is a free download and the other is availiable
through Innate sounds/Beleive digital.

What do you think about the up and coming wave of Detroit MCs such as
Buff1, Fat Ray or Marvwon? Do you think they have a potential to outshine
traditional names like Royce, Guilty Simpson or Slum Village in the future?
FRESH and GULLY, they rep for the Midwest hard but they all have their own styles and no one artist outshines any other from out there.

What is it like to work with Black Milk, Slum Village etc? Are they your
friends in the first place, or do you collaborate on a professional level,
as artists? Do you record together in the studio?
Definatly an honor, im a fan of their music and it was a professional
collaboration built on immense respect. Ive done a few sessions

How would you explain the fact that Detroit sound is so specific and
unique? The local scene is not as enormous as in LA or NYC, but I always recognize a Detroit track within the first couple of seconds.
Cause its a combination of electric/house and golden era hip hop, which was dirty and raw. MidWest fuses the best of east coast and west coast sounds.

How big influence do you think J Dilla had on the evolution of Detroit
sound?
J. Dilla was innovative in his production of the unique sounds from all the
coasts (including the South) and made it so that if you were an East Coast listener and didnt like anything from the West or South, that you would
like it- and vice versa.

Are there any releases youre really looking forward to in 2009?
Spirt and SoulHop 09 for sure is one of them…

Anything else youd like to say?
I want to thank all of the people who supported me through the years…and all my web friends on Myspace and Facebook, etc. Im hoping to be a positive example in this dying culture called the “music business”.